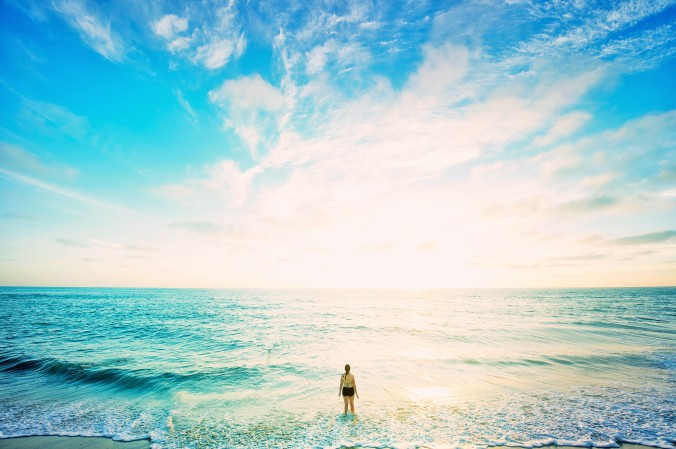 He was cruising for the valley now between the two mountain peaks. As he drew closer, his ears on fire from the whipping winds, he could see a wall rising almost a hundred feet into the air. The cliffs on either side were overhanging, blocking passage past the wall. Something inside his mind immediately accepted the wall as the gateway forward. There was no real way around it. He continued forward, completely unsure of what would come next.

Zan approached the valley wall between the mountain peaks. It was a deep gray, the color of which was the culmination of a perfect blend between pure white and pitch black. The stone bricks of the wall were massive. Far too heavy and awkward for even a group of thirty men to carry. It seemed the wall had been there as long as the mountains themselves. It also seemed that the wall was something which would be heavily guarded.

He felt exhilaration of both joy and fear. He wanted only one thing more than to see another person, and that was to remain unseen in this world. At least for the time being.

He glided over the pillows of snow with almost zero indication of contact with matter below. Feathered wings of birds touch air more than his skis now touched the frozen landscape. As he slid closer, the powder was packed down and groomed. He could hear crisp whispers again from the wooden planks attached to his feet. He had done this before. Not here. This place was entirely new. He was certain of that. But he was also certain that his ease of balance on the thin slivers and comfort with the steep turns came with years of practice.

The grounds were well-catered in this area as it flattened out and approached the wall. As Zan came to a halt, he spotted a door in the wall. He used forward lunges and his two poles to pull himself forward. Several feet from the door, he unclipped and stuck the poles in the snow standing straight up. He had tied the laces of his boots and hung them around his neck. He now replaced the ski boots with his previous hiking ones, then stepped up to the door. He stopped, then turned back to the ski gear and grabbed one of the poles to use for hiking. He walked up to the door again and peaked through the little window near the top.

It was an opaque black allowing no one to look through. He was going to have to knock.

This would mean giving away his presence to the people of this world. That in itself could lead to many other different situations. They could kill him on the spot out of fear. Perhaps he was on private ground, though he never saw a sign on his approach (unless it was buried in snow, but even then it should have stood out). They could take him prisoner and return him Home to the thunks, locking him away forever in his state of not requiring food nor water nor sleep to live. He could starve and thirst to a point of complete immobility, and yet still survive. Or maybe he would continue to be nourished from the unknown source, forever to live in immobility and misery.

Knocking on this secret door would also mean seeing the first inhabitants of wherever he was. They could take him in as a guest and offer him a warm bed and dinner for the night.
They could perhaps tell him exactly what was happening to him, and why he had forgotten a previous life. They could be his friends, and he would no longer be lonely.

It was a tough decision. No matter what, knocking on the door would bring change. Otherwise, he was unsure of where to go next.

Zan rapped thrice on the door and took a step back. The door cracked open just slightly. It looked to be made of matte steel, though it was clear now that it was made of an extremely light material. Nothing else happened for some time.

Zan poked gently at the door with his ski pole, pushing it open just enough for him to slide through. He did just this, pulling in the stick with him. He stood in an eerily comforting and well-lit room. It reminded him of the pages of old books in a library. Whatever ‘books’ and ‘libraries’ are. Lights flicked on in the ceiling, though dim.

He stepped in the rest of the way, watching the door over his shoulder. It closed gently. And then he heard a shifting staccato. A lock sliding into place. This worried him some, but the mood of the room still seemed non-threatening. Like a train station back in his town.

Train station? What is a train? Transportation of some sort, it seems.

A kind voice carried over the speakers above him, echoing from every wall several times.

“Good morning, and welcome to the border wall between Violet world and Blue world. We hope you had the chance to visit the vibrant town of Victoria.”

Victoria. That was the name of the ghost town covered in snow.  The name warmed his heart. It was pleasant on his mind.

Zan felt like the voice should be for many people, though this time it was all for him. Like walking through a large city at midnight.

City… Tall buildings. Like the red ones during my fall. That’s a city. They will have trains there. Perhaps that is where I should go.

“You are now crossing over from one world to another. Please prepare for gravity shift. You may not carry contraband over from Violet to Blue. If you do so, you will be met by our guards and taken to the nearest detention center for questioning. Thank you for your cooperation’.

Zan realized this is the first time he has heard a voice in this world. Or in these worlds. Plural, it seems. All of different color. Probably each of the ones I saw when falling. There were…six. Six different worlds here. Six colors. Just like my thunks.

He felt an odd chill slip up his spine. What are the odds that he would understand the language of these worlds? Why are there six colors like his thunks? Will he ever get answers to his multiplying questions?

He looks down at his purple-tinted ski pole. Contraband. He grips it tightly in his hand.

A tint begins to appear in the air before him. A soothing fog spills into the room like dry ice melting on a dance floor. A quick shock rips through Zan’s mind. A memory passing by.

He can see a slight hue of violet fading to a sky blue, then darkening to something more royal. A semi-defined line is visible in the fog. And it is here that the ground splits in half.

The line appears at a smooth seam, extending up onto the walls and the ceiling. The far half of the room, the blue half, now begins to… fall away. It moves from Zan at the top, but more rotates on the ground. After a few moments, the shifting stops. The seams where the surfaces moved apart are now rounded with additional material. This process seemed to be very common. Just as common as the trains he could barely recall.

“Please proceed to the Blue side.”

Zan hesitates, then takes a step forward. He feels funny on his insides and within his ears, but it fades as quickly as it arrived. He steps towards the seam in the ground. The funny feeling appears stronger now, and lingers longer before fading once more. The door on the opposite wall is now more than a 45-degree angle away from him, perhaps even 60-degrees. This creates a rather rapid slope for him to slide down to the door.

Sliding the hundred feet or so would be easy enough, but what about on the other side of the door? What if he opened it and fell through a world that was also tilted? If there wasn’t a tree or a wall or something firm to stop him almost immediately, he might find himself falling off the face of the world.

But the voice. The voice that keeps speaking to him. It was neutral. Kind. Why would it be in a place that meant to toss him out the door to the mercy of a skewed gravity?

He slides to the edge of the ground, then slides a bit further onto the curvature. He begins to slide, anuable to grab anything for stability. He is losing his balance, falling, about to crash into the ground and then wall, and then…

He is standing upright. The sudden restoration of balance almost makes his knees buckle. He looks back to the purple haze. It is also now at an angle, though not as much as the blue had been. He is standing on the curvature of the two grounds, perfectly stabilized. What is going on here…

Gravity shift. That’s what the voice had said. ‘Prepare for gravity shift.’ What a curious place…

He slides forward a bit more and is met with the same feeling. A moment of vertigo that is immediately correct. He takes a few more large steps then, as if walking off a cliff. A moment of panic grips him. He his staring right at the floor, or rather, the opposite wall with the blue door. He is about to fall and smash his face in, to fall over a hundred feet and…

His balance is restored once more. this time, he does go to one knee on the ground, taking deep breathes. He grips the ski pole with conviction, then stands. He walks towards the blue door at a quickened pace. The voice rings out once more which Zan had been expecting.

“Sir, no contraband is allowed. Please toss it back to the violet side of the room, or else security personnel will be notified.”

He was counting on it.

He opened the blue door just as any other door in his life and stepped through.